I recently read a lovely post on one of my favorite blogs. The writer ws describing a not so loving relationship with her grandmother, and the one bright memory she had of the woman who should have showered her with love.

I have often thought that I learn best by the example of others. Quite often, I find that the lesson I am learning is what NOT to do. I have a cousin who practically grew up in our house. When I was small, I loved to pretend that he was my big brother. Now in my thirties (er, ahem - 38, but still!) I still like to think of him as a big brother. The reason he spent so much time with us was because my dad was his godfather and when his parents were divorced, my dad sort of scooped him up and brought him home to us. This of course continued all of our lives, and we are all still very close.

The aftermath of the divorce brought a stepmother into my cousin's life. I can remember so many instances of her being unkind to my cousin, and I could never figure it out. Then, I married someone with a child. Now, I still did not ever justify being unkind to a child, but the frustrations, feelings and turmoil that comes with all of that became very clear to me. Still, I used that lesson I had learned as a child as a how to not treat my stepchild.

I referred to a post I had read  - I too had a not so nice grandmother. She was strict, she chased us around with a dust rag most of the time, and her words were very unkind a lot of the time. She was especially mean to our youngest sister. I never really knew what my sisters and I had done wrong until I had children and she started the same with them. We went wrong in being girls, and some of us were plump, so we had two strikes against us. On top of all that, our parents were raising us Catholic, so we were doomed on top of it all. But, there were times when she was nice, and I know that she did what she could for us, growing up. My other grandmother was the polar opposite. She was strict, just like my other grandmother, but not about cleaning or messes, but about religion and morals. She was very kind, and made sure you knew she loved you. She also made sure you were saying your prayers, and I often heard her send the big boys to mow someone's yard or take a pie to someone else. She was of service to others and set a very good example.

I have learned some of what I will need to know about being a good grandmother from both of these women. I have learned to be kind, and a bit strict if I really have to, but to always let my grandchildren know that I love them, and treasure their presence in my life.

Perhaps one of the best lessons I have ever learned about how to treat people, related or not, came from my Uncle Jim and Aunt Pat. When you walked up the steps to the porch of their house, you almost never even had to wring the bell, they were either on the porch or already opeing the door to greet you with a huge smile of welcome. My Uncle Jim would enfold you in a big hug that smelled like cigar, tell you how beautiful you are, and ask why you have stayed away so long. My Aunt Pat would always have coffee going, it might be as strong and thick as tar, but it would be ready for any takers. I have really tried to remember how thier love for people shone out of them, and tried to emulate it as much as possible.

Lastly, and mostly, I have learned so much about how to love other from my own parents. When we were growing up, our friends were always welcome at our table. My mom's motto was "there's always room for one more". We always had someone living at our house, first my mom's younger brother, then as we got older, various friends would need a place to stay. Then there were the friends who always knew they could come to the Karcher house for food, fun or solace, and they would get what they needed.

So, while I have often thought that I have learned from others what not to do, I have had some truly excellent examples of what to do, and I pray the good Lord gives me the grace to take those lessons to heart and live them.
Posted by True Daughter of Mary at 6:07 PM

A blogger loves feed back, and a part time narcissist needs it! If you have a comment or question, I promise to get back to you right away, it's not like I have a houseful of kids to feed or anything!

The Loves of My Life

These are the people who make my world go round.

My beautiful, grumpy, sweetheart, loving, care taking, cautious, loveable, coke drinking, sexy guy who stole my heart, or found it for me again, the second time we met. We are lucky to be still so in love, after more than 19 years!

Liz is 25, and works in a daycare center for children with special needs. She loves being silly, football (Colts!), shopping, shoes, and her friends, and her little godson/brother, Luke. Liz came into the Catholic faith as an adolscent, and I am so proud of the choices she is making in her life.

Megan (for St. Margaret and her Nain) Confirmation name: Joan)

Meg is 25 years old. She is beautiful, talented and...blonde (no matter what the color of her hair). She has a Cosmetology license and moved 3 hours away from home, and is engaged to be married. She loves her animals, Doc and Stevie, musicals, singing, Josh Groban, her friends, her godsons, her siblings and the BOYfriend.

Kenzie is 18, which means she is a little bit snarky - as well as being sweet and amazing. Kenzie is a college student who loves books, music,terrible tv, hoodies, her yoga pants, clothes, & shopping online. Our Rosie is a beauty who has a heart for the Lord, is a wonderful daughter and a lovely girl.

Jo is 17 years old and our 1st son. He is the comedian, so funny, clever, and sneaky. He loves the computer, (and all things computer related), HIs godson, Kiefer, being outside, his bike aka - transportation, camping and the ocean, and his best friends, Mike, Jake, John and Tom. 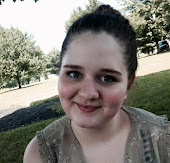 Jennie Rhi is 15 years old. She is so sweet, beautiful, so good and kind. She has a servant's heart, she loves to do for others. Her loves are: God, reading, babies, her cousins; MaryKate, Reagan and Emily, fashion and drawing.

Kolbe Thomas (for Sts. Maximillian Kolbe & Thomas and for his PapaTom)

Kolbers is 13 years old. He is fantastic at sports, loves his bike, winter sports and is a great reader. He also loves cooking and all things scientific. He is also a history buff and a comics enthusiast. When he grows up he wants to be a priest who travels the world and cooks!

Lucky is 11 years old. He is handsome and charming, which is good, because he is a little ding dong. He will definitely learn to get by on his looks. He loves super heros and his dad is his favorite hero! Very charismatic, he will win hearts when he grows up. He's also the sweet one, and the one we will give Power of Attorney to someday - he loves us the most!

Benjamin Wiley (for the 12th son of Jacob, and after Grandpa)

Benny Boodle is 8 years old. He is funny, and scary when woken too soon. He is gorgeous and loveable with the biggest blue/green eyes ever! Ben loves his dad, his bike, soccer, karate and being outside. He also has a special love for his baby sister.

Caleb Blaize (for the OT spy, and St. Blaise) 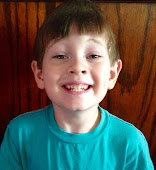 Yeb is 6 years old. He is so sweet and smiley, fast and busy! He's a total daredevil! He loves being outside, cartoons, drawing, being read to, and gross jokes. Everyone loves him. He is big on Mom and Dad, right now, with Kenzie as a close third. Very huggable, kissable happy little boy joy.

Our Peegers is 3 years old. She is a joy and a delight, and such a blessing.Every single person in our family loves her. She is a little crazy and a lot of fun. PG likes to play with the dog, read books, put on lotion and lip gloss and try on shoes. She has a really nice wardrobe and loves to play dress up with Mommy. Definitely a girly girl!